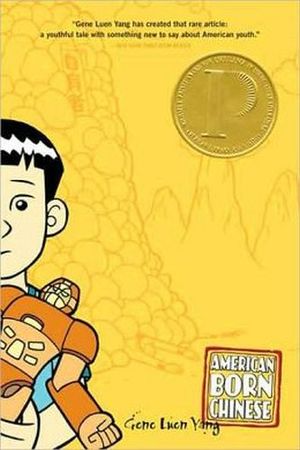 When his family moves to a new neighborhood, he suddenly finds that he s the only Chinese-American student at his school. Jocks and bullies pick on him constantly, and he has hardly any friends. Then, to make matters worse, he falls in love with an all-American girl... Born to rule over all the monkeys in the world, the story of the Monkey King is one of the oldest and greatest Chinese fables. Adored by his subjects, master of the arts of kung-fu, he is the most powerful monkey on earth. But the Monkey King doesn t want to be a monkey. He wants to be hailed as a god... Chin-Kee is the ultimate negative Chinese stereotype, and he s ruining his cousin Danny s life. Danny s a basketball player, a popular kid at school, but every year Chin-Kee comes to visit, and every year Danny has to transfer to a new school to escape the shame. This year, though, things quickly go from bad to worse... These three apparently unrelated tales come together with an unexpected twist, in a modern fable that is hilarious, poignant, and action-packed. American Born Chinese is an amazing ride, all the way up to the astonishing climax - and confirms what a growing number of readers already know: Gene Yang is a major talent.